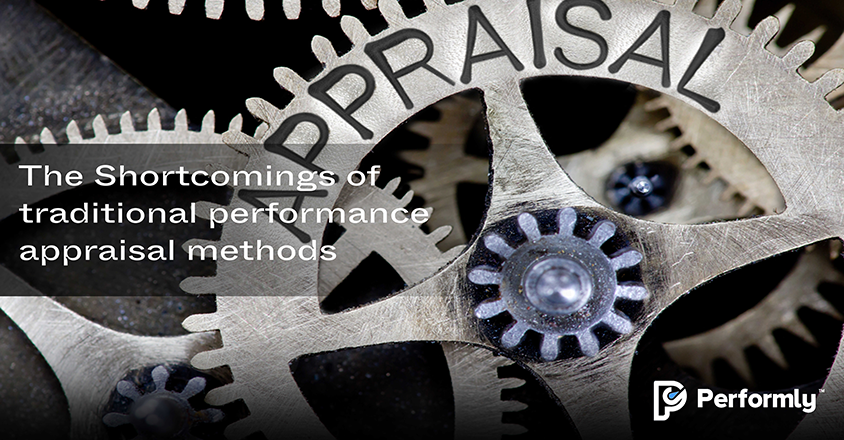 Every company owner, HR Manager, or director usually uses a certain Human resources management system to evaluate the performance of their employees, whether their methods are traditional or modern they fall into three categories and these categories are absolute, relative, and objective methods where

It is clear that these categories have gone through evolution through a time where traditional methods have been shown to have many shortcomings and modern performance appraisal systems needed to be invented to fill in the gaps. 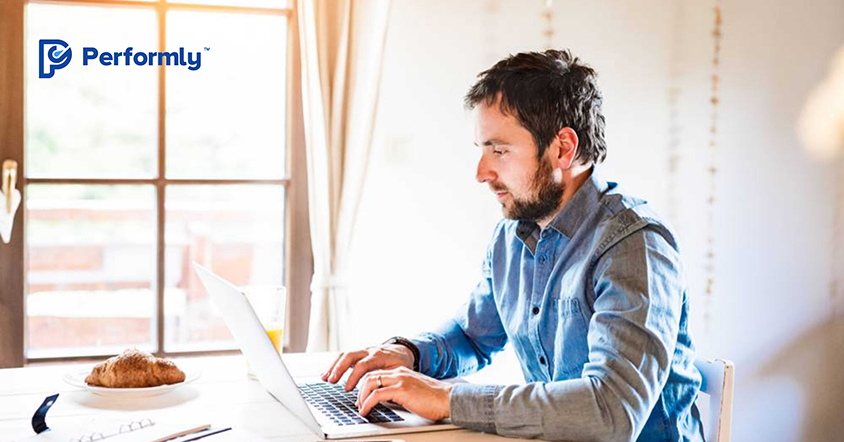 The following are some examples of Traditional performance appraisal methods:

Where rating scale (ex:1-10) is created to evaluate the performance of an employee against certain parameters where 1 the lowest score is and 10 is the highest rating, these parameters usually include the employees’ attitude, attendance, punctuality, and interpersonal skills.

In this method the supervisor/manager checks (Yes or No) against a predetermined list of descriptive statements related to the behavior of the employee.

And the shortcomings of these methods that they have where some share many of are :

when considering that one positive or negative incident, it can be perceived as dedication or obedience or as reckless or defiant consecutively by the appraiser. This is not an accurate reflection of employee performance rather a misguided generalization. 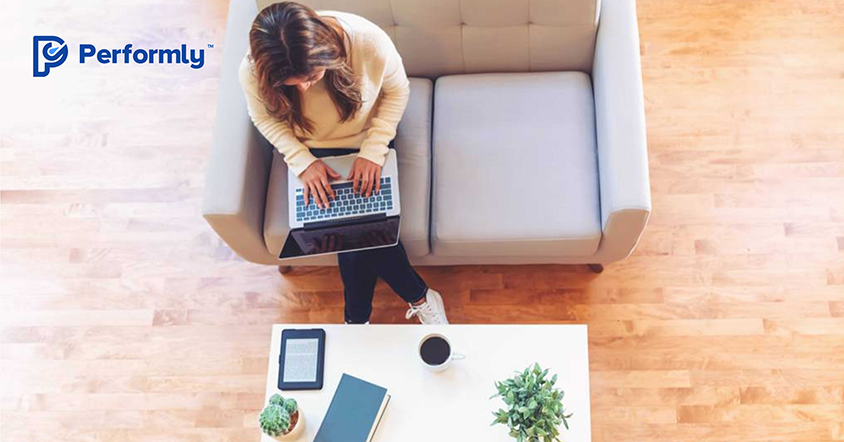 Due to the fact that the overall structure of businesses has changed and that there is nothing traditional about it anymore, many businesses are opting towards a more holistic approach where performance appraisal can be conducted remotely using an HR management system and is an ongoing process with regular feedback, task management and Have One-on-One Check-In Meetings. 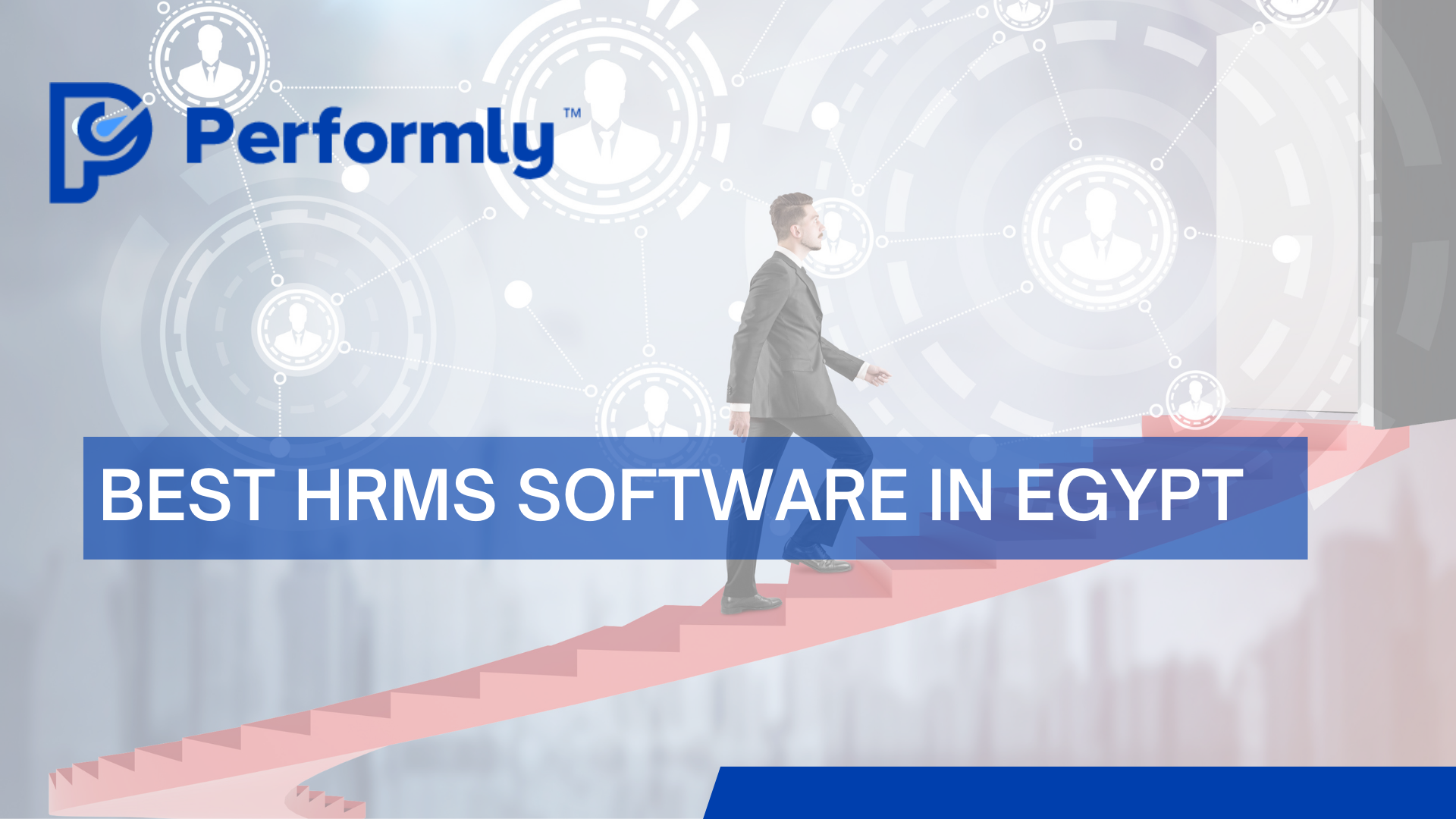 The success of any business relies on its ability to effectively manage human resources. This is why it is important to invest in quality and the best HRMS software that can help you optimize employee performance, streamline processes, and make sure all payroll duties are taken care of 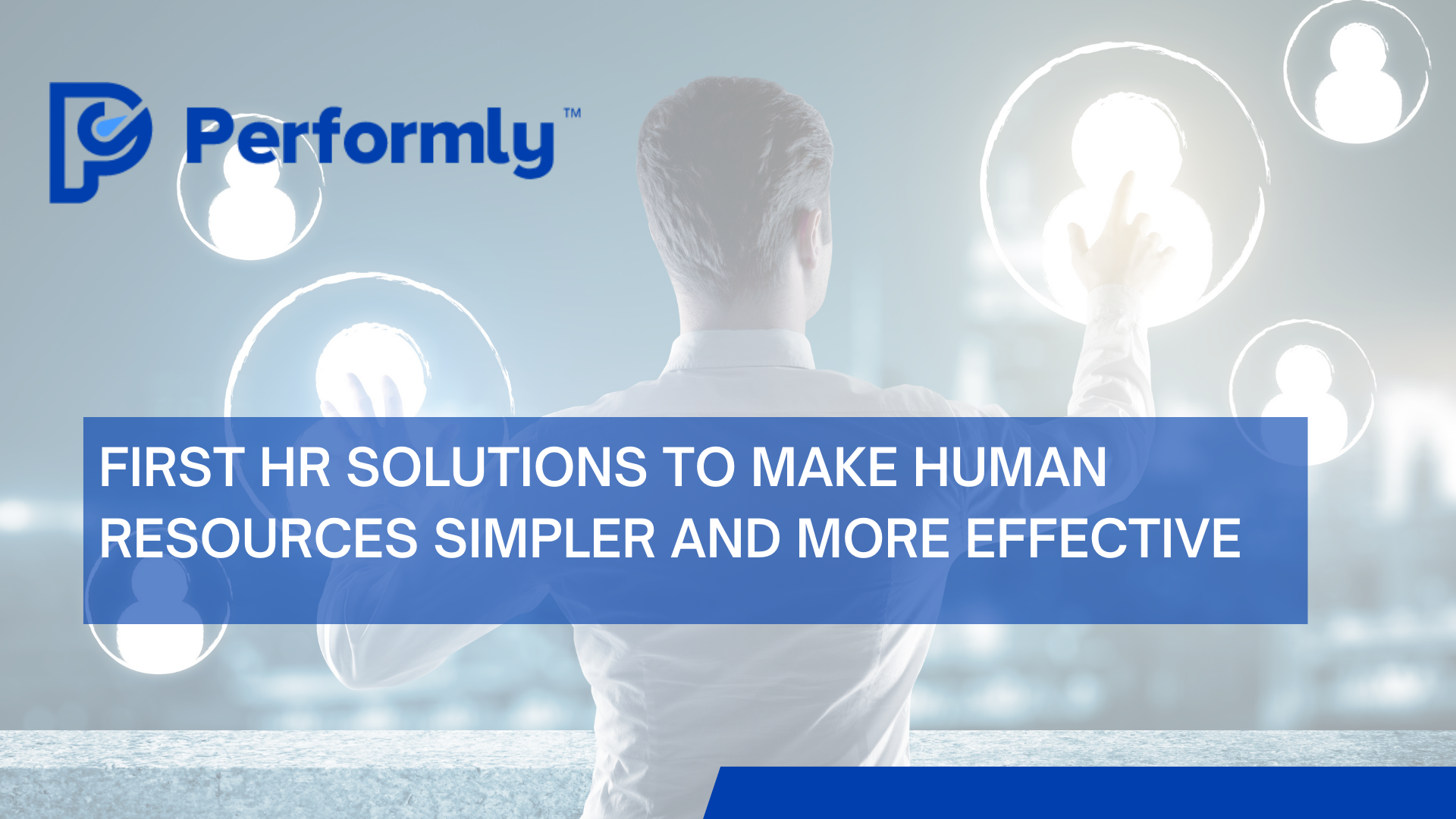 It's no secret that managing a team of employees can be a complex and time-consuming task. But with the right tools, you can simplify the process and make it more efficient! In this article, we'll be taking a look at the top HR solutions that can help small businesses streamline their operations. 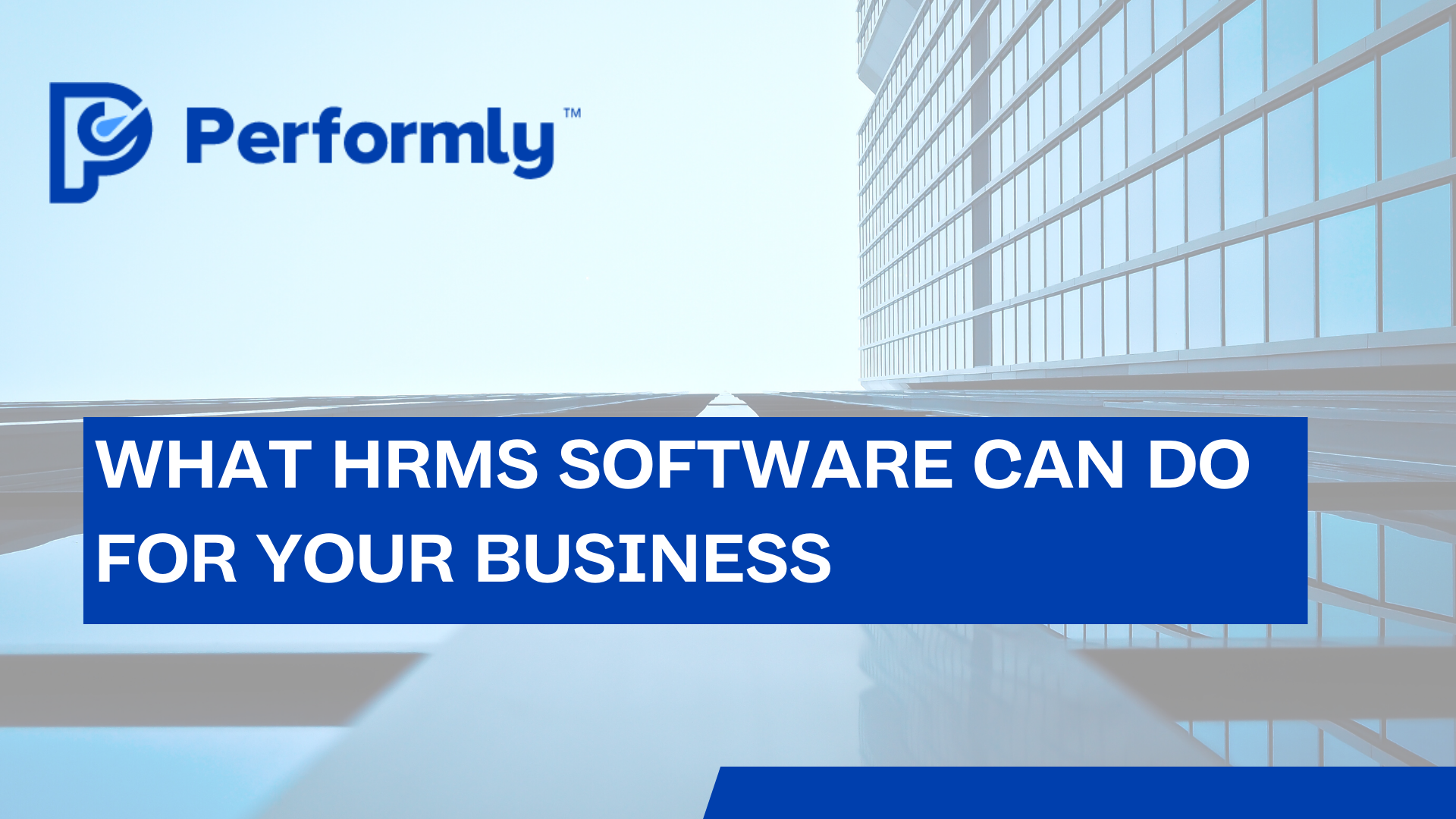 What HRMS Software Can Do for Your Business

I The Human Resources Management System (HRMS) is one of the most important tools for any business. It provides an efficient way to manage employee data, payroll, and other essential HR tasks. 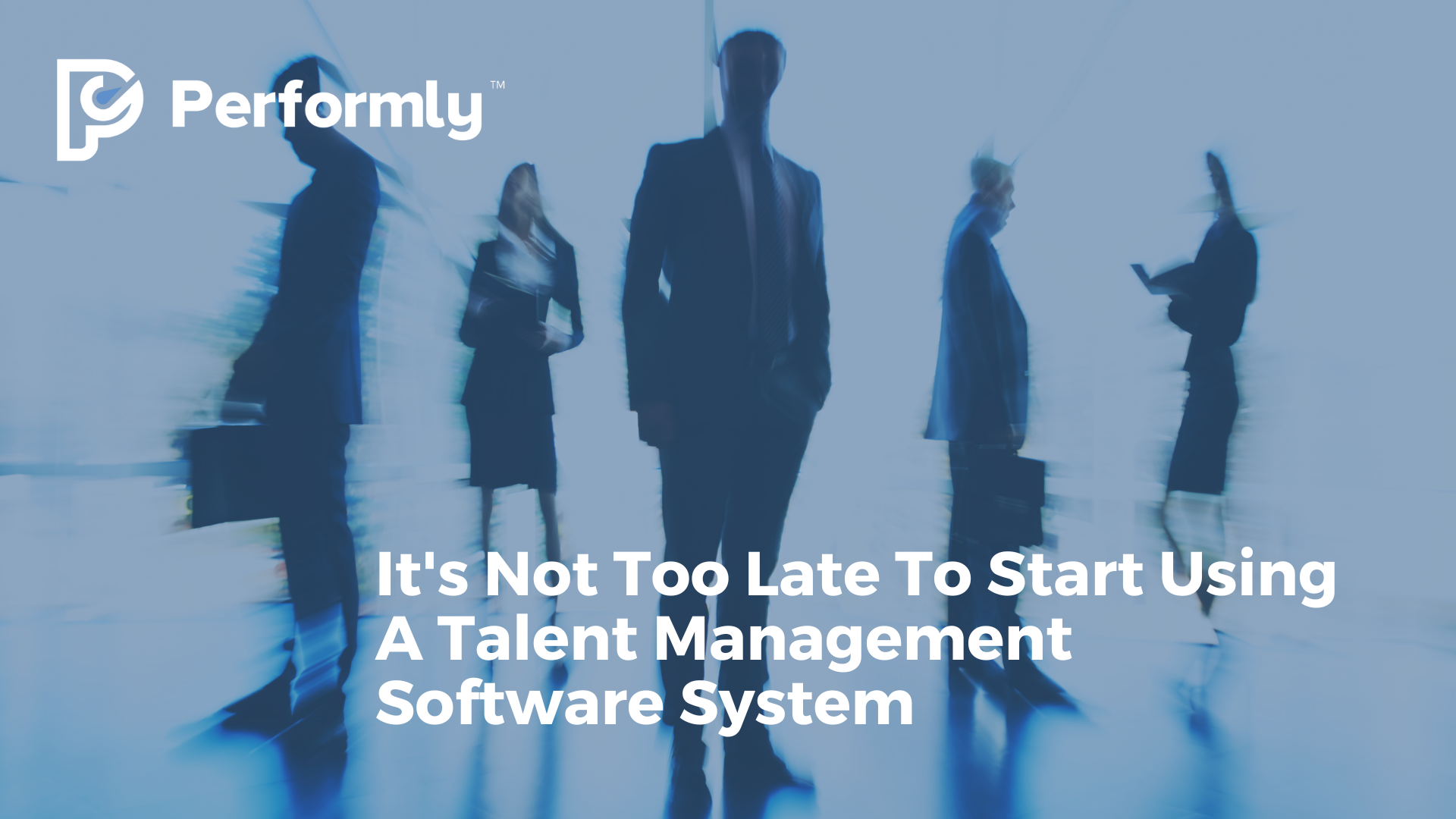 A Talent Management Software System is a great way to stay on top of your company's talent acquisition processes. With a tool like this, you can input data about your open positions and all the candidates who have applied for them. 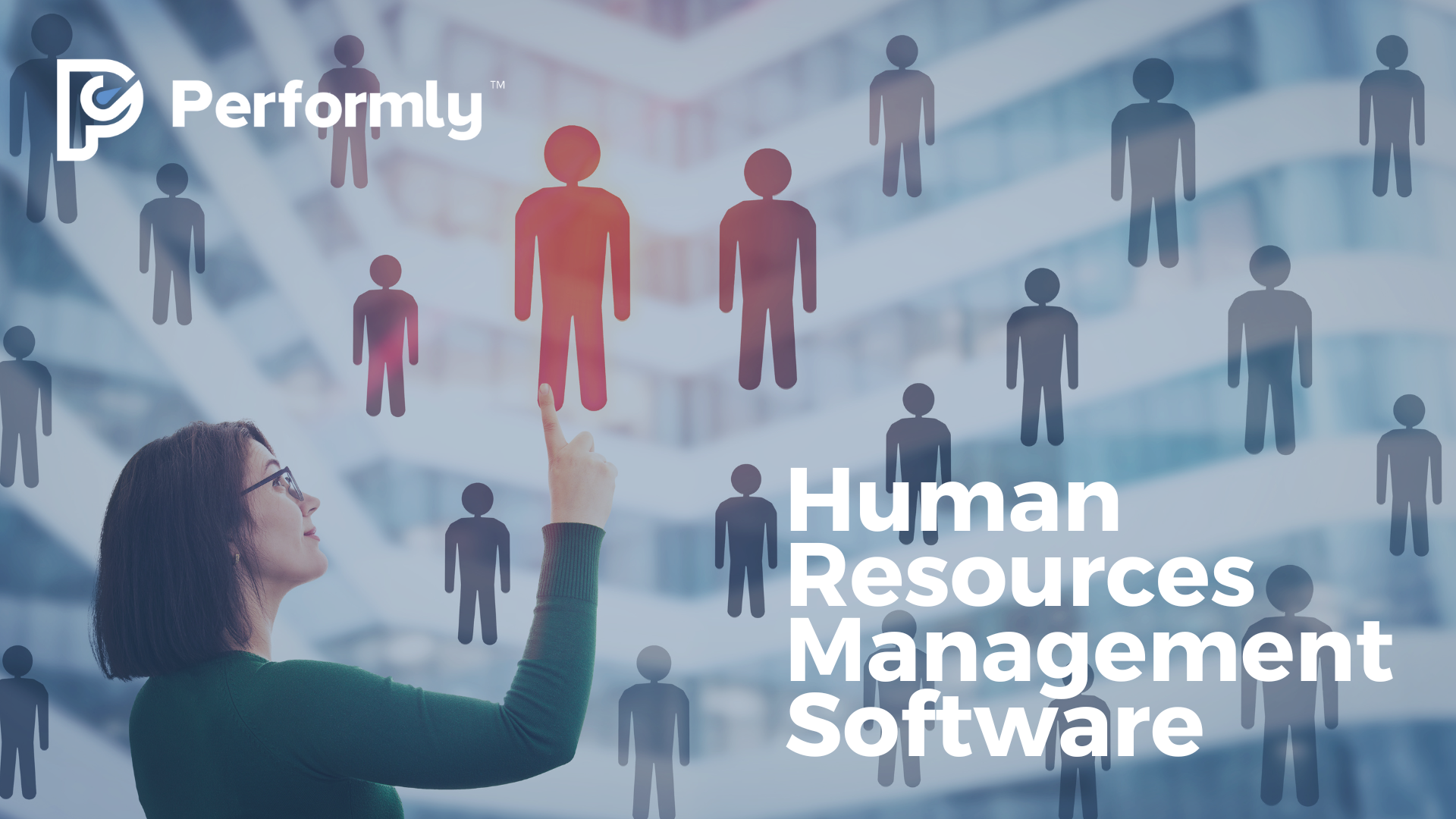 The Importance Of Human Resource Management Software In Saudi Arabia

Saudi Arabia, a country with more than 30 million people, is a booming economy that's looking to grow its population by simply turning on the jobs. Still, Saudi Arabia has faced many challenges when it comes to human resource management software. 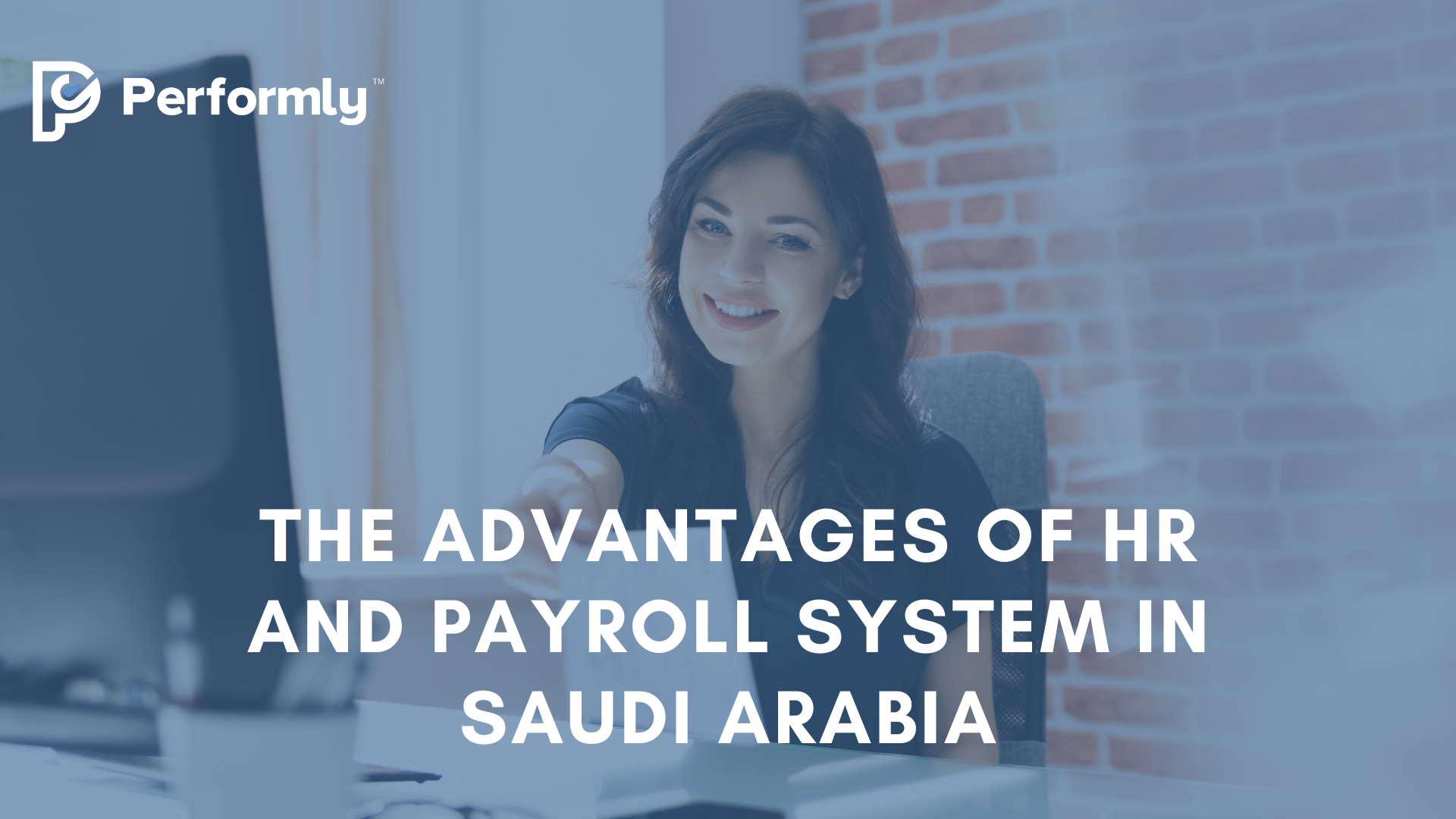 The Advantages of Hr and Payroll System in Saudi Arabia

HR and payroll system software are inseparable components, both supporting the other. HR covers the human resource needs of an organization, with a focus on recruitment, personnel administration, management development, and labor relations. 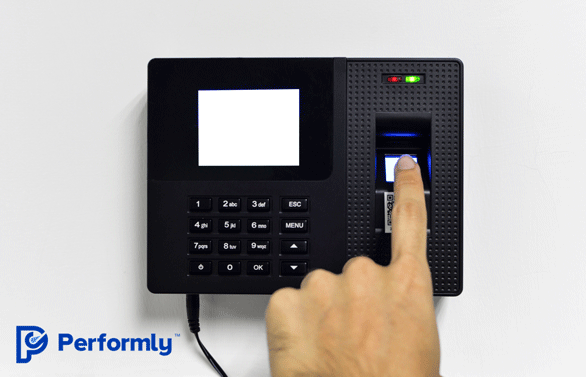 Attendance and leave management software is a really useful tool that can actually help you save time and deal with your company's attendance in an easy and efficient manner. Learn all about the benefits it can offer you, and how to choose the right software for your needs in this article. 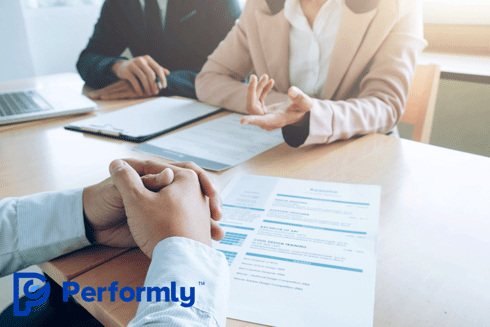 Most of the time, people in HR and recruitment are responsible for a lot of paperwork, including updating information in databases, tracking applicants and applicants' records, as well as often being on the front lines of interviews. 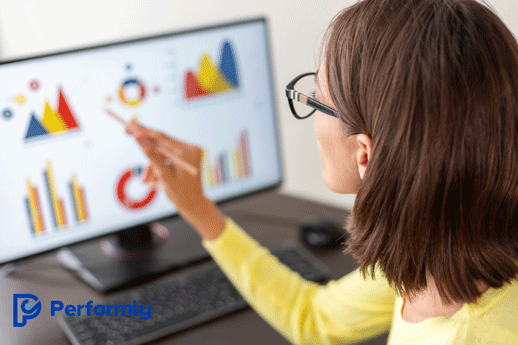 A performance appraisal system is a tool used by organizations to assess and appraise their employee's performance. The appraisal is usually either formal or informal, with one typically given at the annual review meeting. 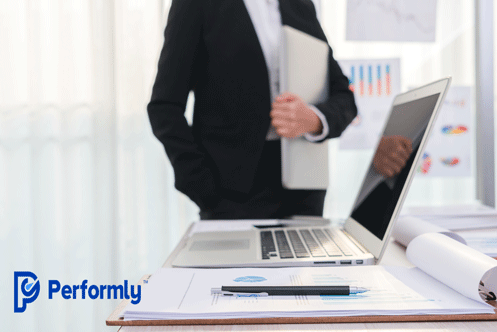 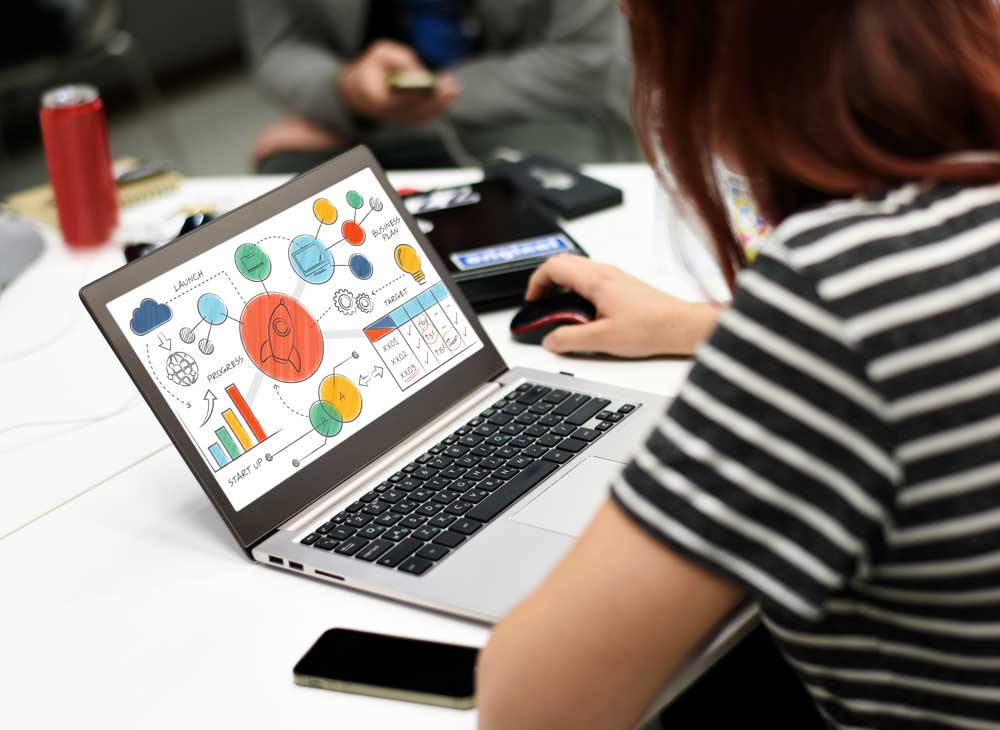 Performance reviews are necessary to judge how well a worker has performed in the past year. They are an important identifier for whether or not an employee is qualified enough for their job. There's nothing worse than having your performance review coming up and realizing you don't know what's expected of you. It's even worse if you've been working hard but don't know how to show it! 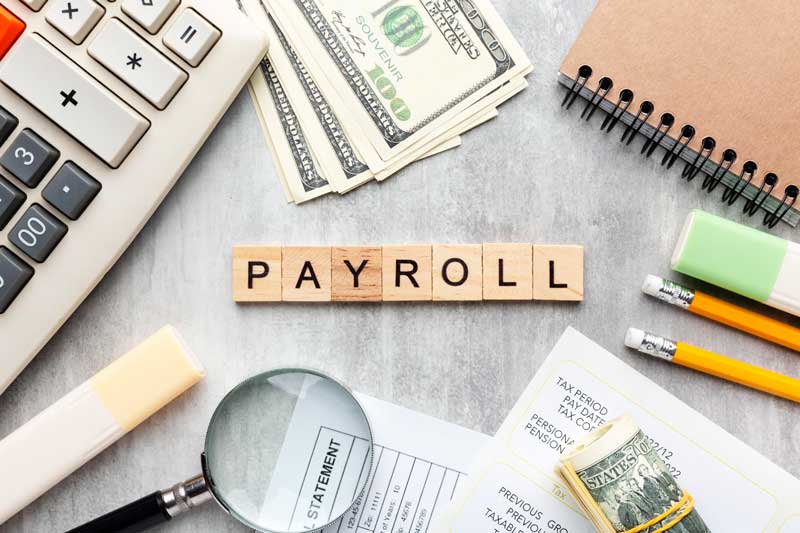 What is a Payroll System and Why Your Business Needs One

A Payroll System is a service that many businesses are starting to use, and for good reason too. It makes running a business so much easier when you have just one system that deals with all the things your payroll needs: calculating total pay, generating paychecks, managing employee records- not to mention all of the reports and tools that come alongside it! 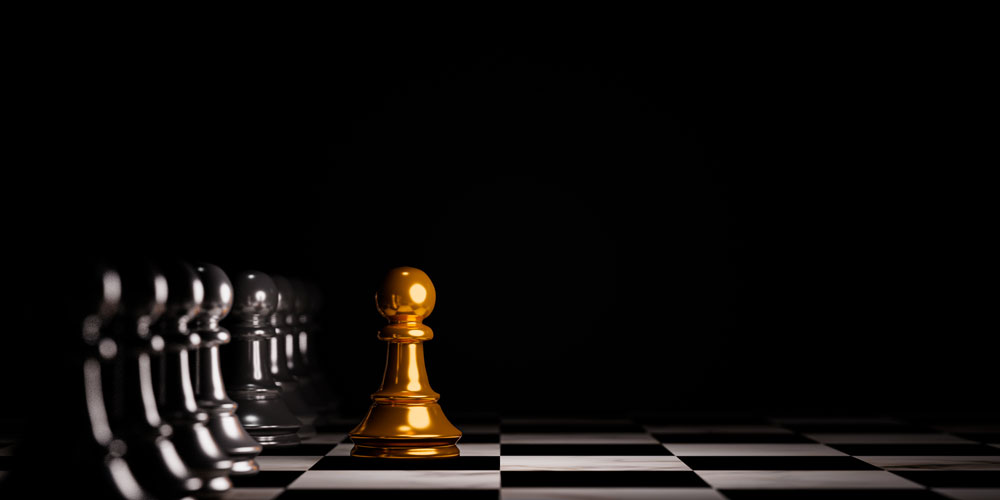 What You Need to Know About A Talent Management System

Imagine every HR disaster you've had to deal with. Now imagine all of your disgruntled employees, who might have had performance or behavior problems at some point, can't get access to any company files and documents through their own computers. With a Talent Management System, not only can you avoid these situations and boost employee retention, but also this article will tell you how!

Performly Talent is honored to announce its recognition as a Top 360 Degree Feedback Software by Software Advice in its 2022 Frontrunners report. Software Advice is a leading company that helps businesses navigate their software buying journey. 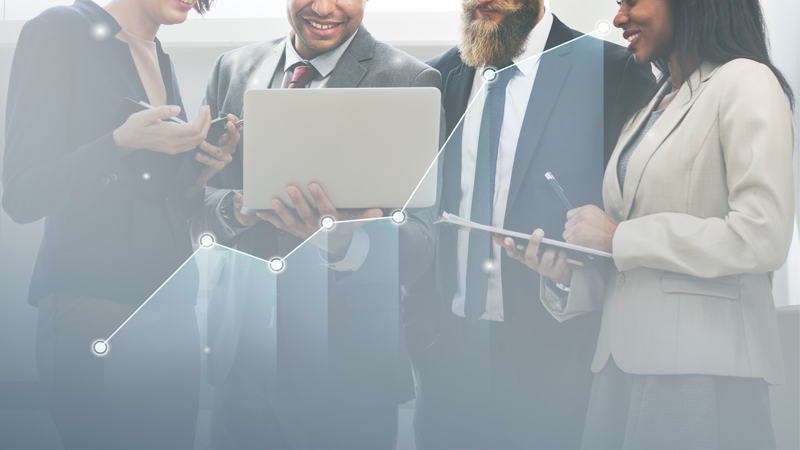 Why to use Human Resources Management System

Human resources management system is a suite of software and applications to manage human resources. HRMS can help in various ways, such as improving efficiency, reducing reliance on manual paperwork and paper-based processes, and reducing the chances for errors through automation. 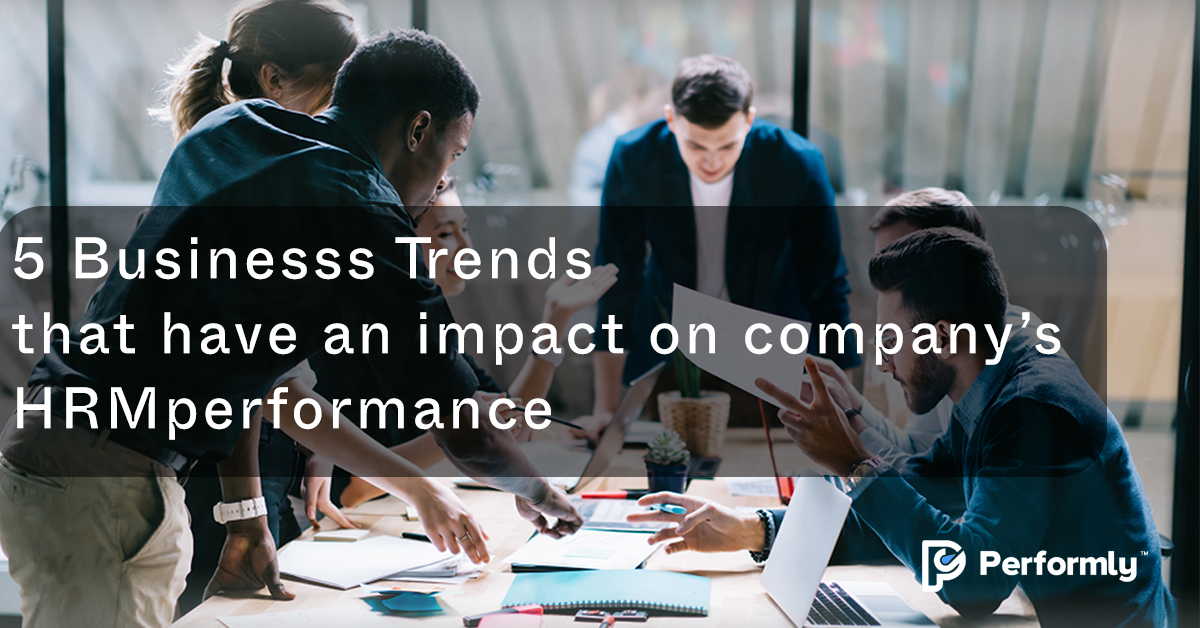 How you work, where you work, and the technologies you use to stay connected to team members and clients have changed a lot in the workplace in 2020. HR management is responsible for an organization's employee life cycle 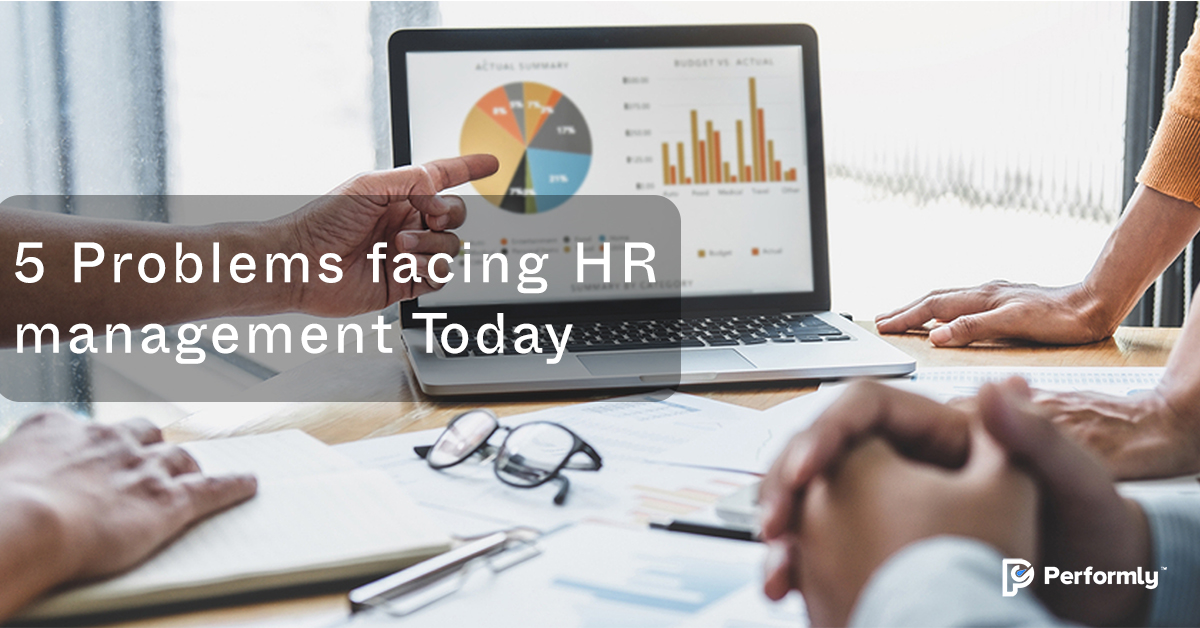 COVID-19 has caused problems for HR management they had not expected. The economy has been hammered by uncertainty, employees are under stress, and the HR management are doing their best to keep things in balance and coordination […] 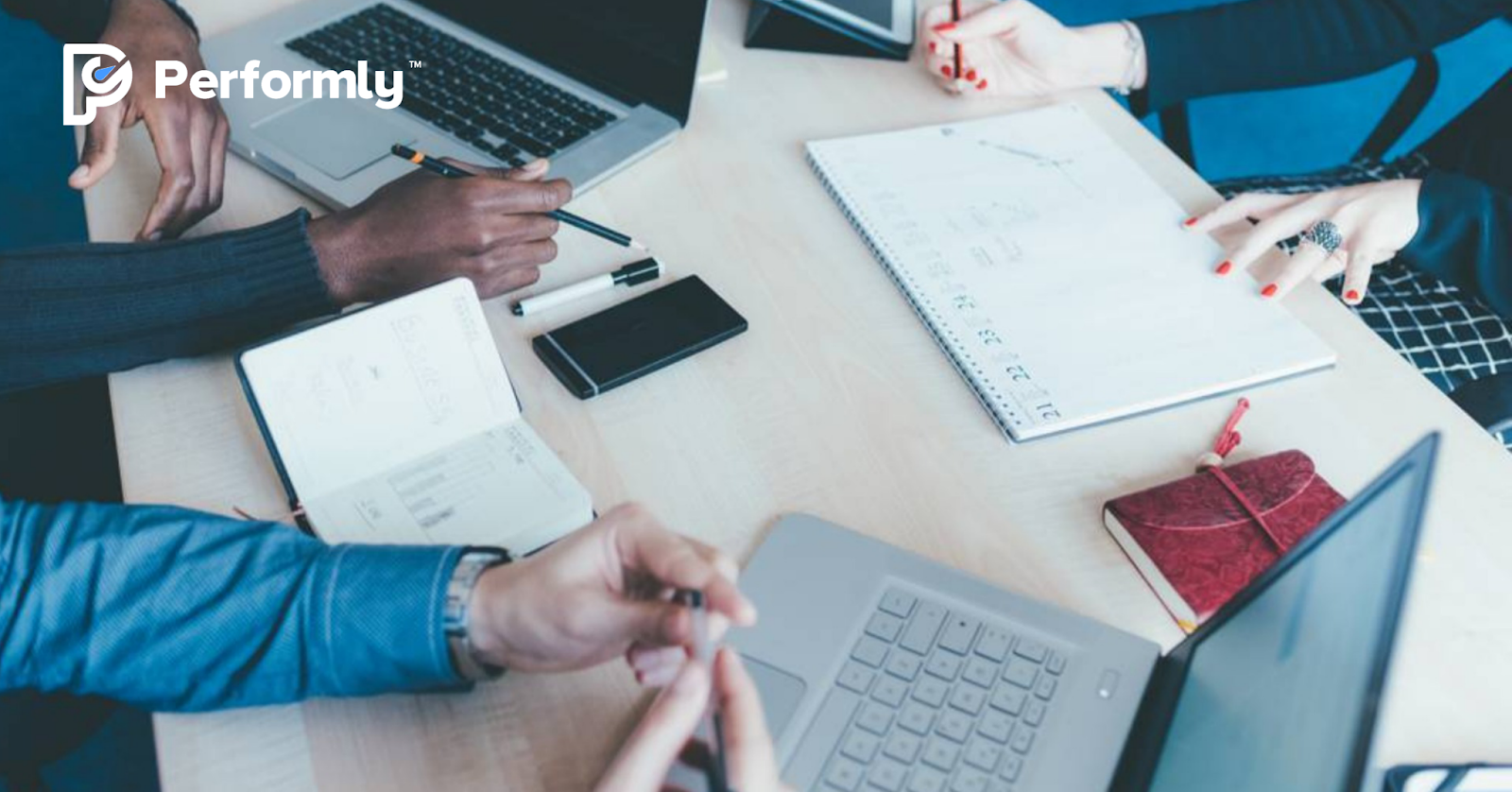 Human resource management is an important aspect of every company. HR processes are an important part of any business, whether it's recruiting new talents, training them, or ensuring that new labor laws are followed. The HR system is a system that allows HR data to be collected […] 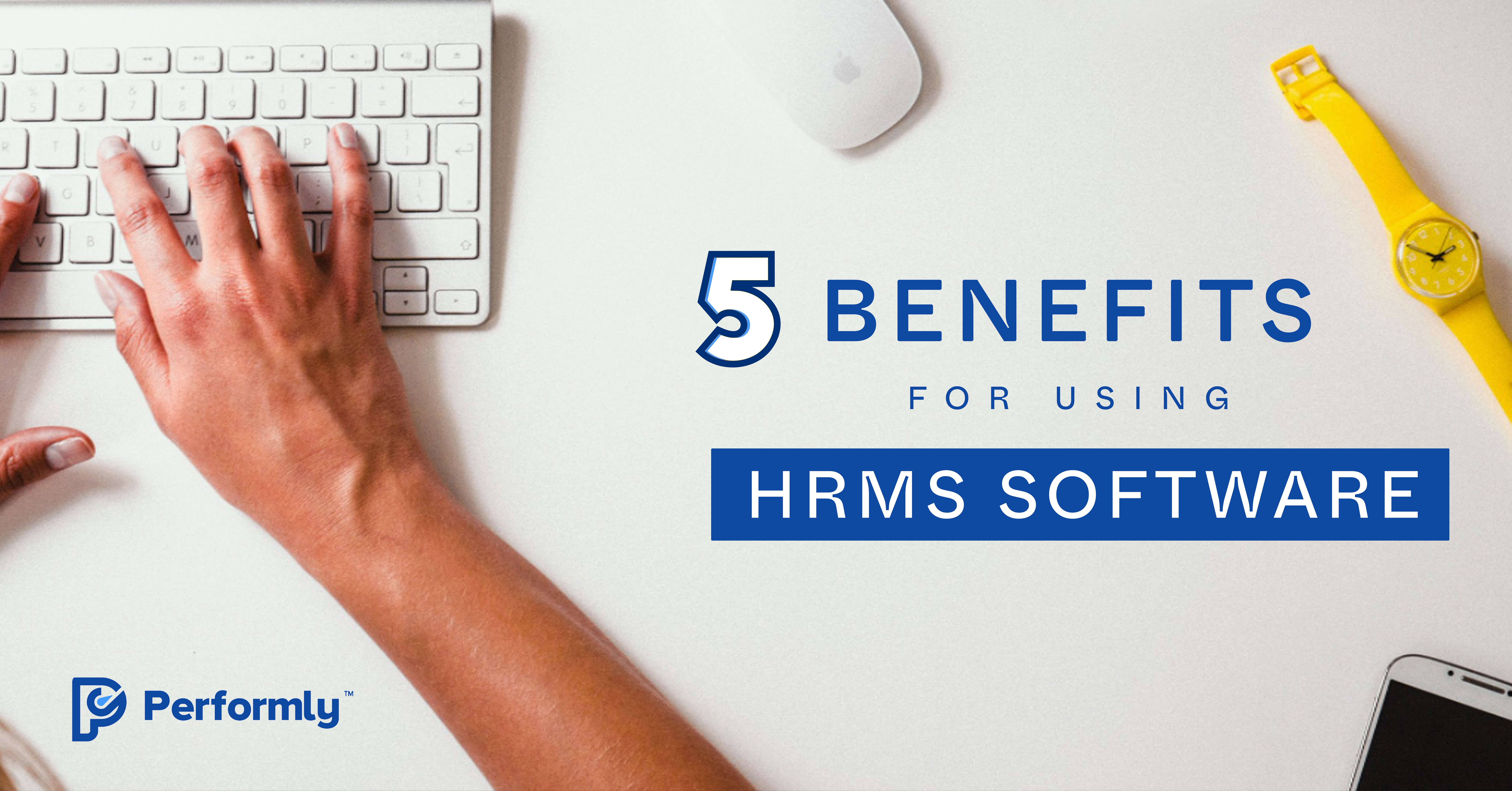 There are so many benefits behind HRMS software. Having a digital automated HRMS software in operating your company can handle everyday HR tasks and solve a lot of HR management challenges. HR has an impact on every other department in your company […] 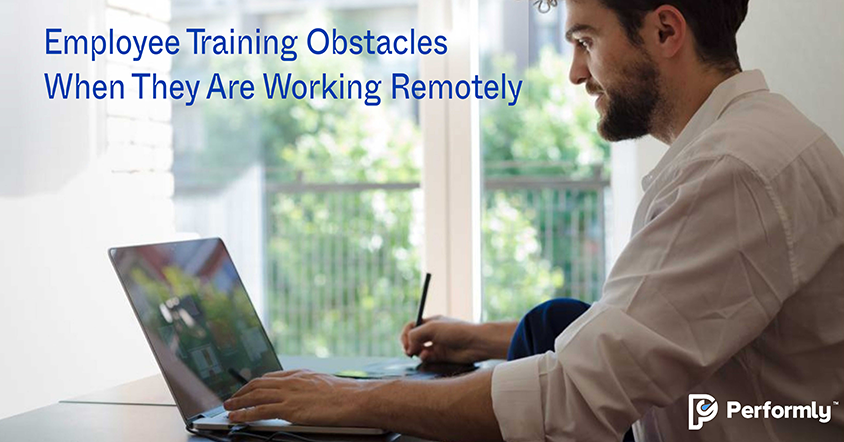 Employee Training Obstacles When They Are Working Remotely

Remote work has spread widely, mainly in industries where employees can perform their tasks using a computer and an internet connection. Employees have concentrated more on their output and this created a stronger work-life balance, allowing companies to reach a greater […] 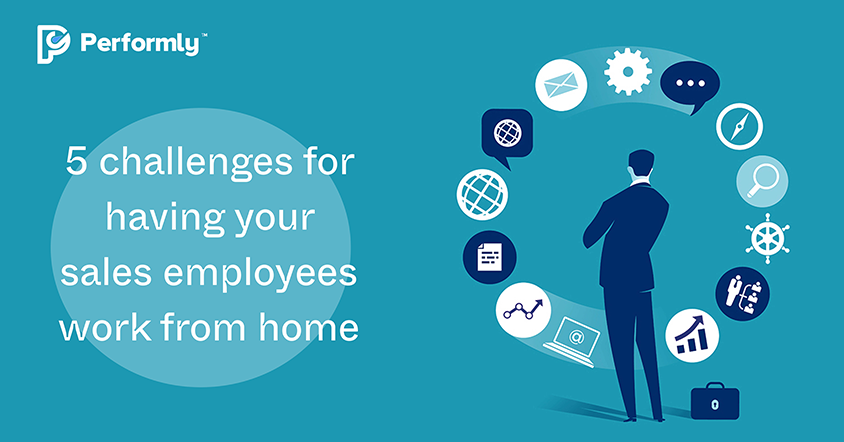 5 Challenges for having your sales employees work from home

Many companies worldwide were forced to implement the work from home model in order to keep their employees safe after the Covid-19 pandemic. Working from home may sound like a great idea for some people, although it might be very challenging for some employees, businesses owners […] 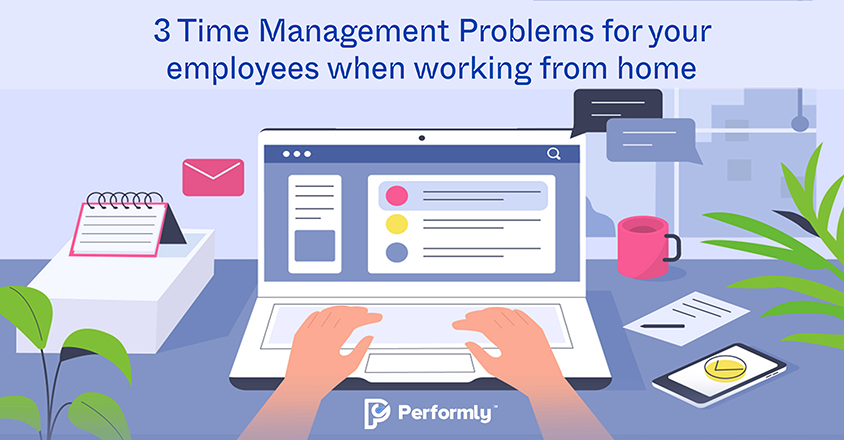 3 Time Management Problems for your employees when working from home

In our current day and time, many businesses and their human resources management have collaboratively decided on switching their employees to working from home, either full time or having a hybrid system, where employees can work some days from the office and other days from home […]

The importance of entrenching a culture of goal setting in your young company This article is presented to you by Performly. Success is often thought of as a long-term abstract goal. It is not. It is a series of small goals achieved diligently over time by a group of people with a common vision for what […]

All businesses in general have a one primary goal, which is success. Most businesses see dramatic success and obvious improvement in performance on both the employee and business levels when they set SMART goals and closely link them to the company’s overall strategy and direction […]

Achieve peace of mind with .

Performly helps you streamline, manage and automate all of your HR processes and workflows through Preformly Talent & Intra. 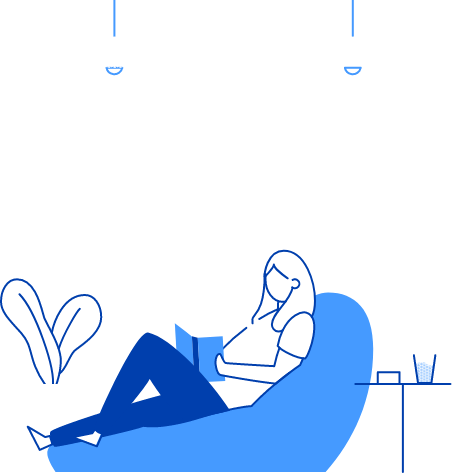